It took a while, but for the new generation of SSDs, there are finally relatively affordable computers with an appropriately fast interface. Like motherboards with B550/X570 (AMD) or Rocket Lake (Intel) chipsets. SSDs for PCIe 3.0 were already a bit boring and with PCIe 4.0 a performance leap can already be achieved.

Introduction to the test


While the first PCIe 4.0 SSD models appeared at Computex in mid-2019, they used only a slightly improved controller from the previous generation. Indeed, the first generation of these SSDs still relied on the Phison E16 (at 28nm), which is based on the previous E12. So the performance increase wasn’t much. Moreover, at that time there were no available boards anyway – practically only the expensive ones with the X570 chipset. Only the current second-generation SSD for PCIe 4.0 (still almost a year old) is still worth testing.

Czech version of this test is available here.

In the test, I primarily wanted to compare the main rivals WD and Samsung, to which I also got SSD brands Adata, Seagate and Aorus. So not all manufacturers are here, also not everyone already has SSDs for PCIe 4.0 on sale, but that wasn’t even the goal. In the test I had a nice mix of five different controllers (Phison E16, Phison E18, Innogrit, Elpis and Sandisk G2) and all SSDs fit into the price level of 5200 to 5500 CZK at 1 TB capacity. They have a 5 year warranty.

Some existing tests have published results of new SSDs on the old PCIe 3.0 interface, which I wanted to avoid. I borrowed the Alpha Gamer Elite 3060 build from HAL3000, which has a motherboard from Gigabyte (B550 chipset) and which therefore has the new fast PCIe 4.0 interface with four links to the CPU. The other slot then has the older PCIe 3.0, so I was able to compare performance on both interfaces.

A computer assembly with the right board is not easy to find with the current chip shortage and usually costs a lot of money. We would like to thank 100Mega for lending us the Alfa Gamer Elite 3060 with Gigabyte B550 Aorus Elite V2 motherboard.

SSD with or without heatsink?

The passive can also be removed from the disc. But since these SSDs are quite warm under load, it is not at all a bad thing. But at the same time, the chips can handle high temperatures, and for example, prolonged writing (which causes a lot of heating) would damage the SSD by reducing the lifetime alone, rather than by heating.

How did we test?

I measured all SSDs in the test on both PCIe 4.0 and PCIe 3.0 interfaces. I was curious to see how much benefit the faster standard would have and if the investment in a new motherboard would actually be worth it.

I measured performance in Crystal Disk Mark 8 in two existing scenarios: for the highest values and for realistic values. In the program settings, I only changed the profile to NVMe. The disk was empty and always got some time to cool down and clean up the „garbage“ before the test using the TRIM function.

The HD Tune program was used to test read and write speeds along the length of the drive. This is because typically an SSD only writes fast until the pSLC memory, the faster part of the memory cells, is full, then it slows down. HD Tune’s graph nicely shows the read and write progression across the entire capacity and reveals the approximate size of the pSLC.

How does pSLC work?

This part of the memory is handled differently by each manufacturer. SSDs made only with SLC memory cells (each cell = one bit) have long been discontinued for many reasons, so a different solution is emerging. In fact, it is not a different memory chip, all SSDs now have the same type of NAND, in our case TLC, i.e. three bits per cell. Part of the memory is labeled as pseudoSLC in the controller and serves as a kind of cache. The TLC cells then behave as if they were SLC and the controller only stores one bit in each. The result is much higher speed for a limited period of time.

Once the data has been written at this higher speed and the disk has rested for a while, these cells turn back into TLC. The problem occurs with longer writes, when this false cache is exhausted and the speed drops significantly. The size of the pSLC is often not specified by the manufacturers and is often a dynamic value that depends on the capacity of the disk and how full it is. A fuller disk will in practice have a smaller pSLC.

The PCMark 10 comprehensive test was used to determine the average speed (and average latency). Such a simple single-number result is, after all, the easiest for many customers. The test takes almost an hour.

I took temperature readings while writing in HD Tune, when the SSD heats up the most. I also measured power consumption during the same activity, which is especially interesting when using the SSD in a laptop. On a desktop, it may not matter, but today’s power-efficient laptops are solving every watt. And such a write drive can easily double a laptop’s power consumption. Similarly, less heating chips are suitable for a laptop.

Accurate measurement of SSD consumption in the M.2 interface

The last time I measured SSD consumption on Cnews.cz was a couple of years ago with my own device and multimeter. Back then it was still a 2.5″ format with a SATA connector, where it was relatively simple. Today’s M.2 slot SSDs no longer allow this measurement.

Thanks to the cooperation with HWCooling.net, I borrowed their measuring device, from which the SSD consumption can be calculated from the voltage drop. For an accurate result, it is still advisable to measure the value on the 12V branch directly in front of the drive.

I measured this while writing to the whole disk, getting the resting value at the beginning and then the maximum when writing to the „SLC“. Then for the rest of the write outside the pSLC, besides the performance, the actual consumption dropped a bit. The full progression can be seen on a separate graph below each SSD. 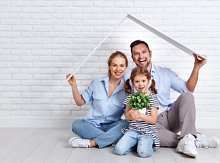 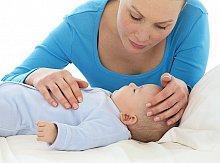 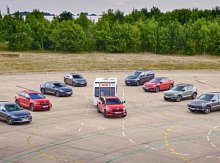 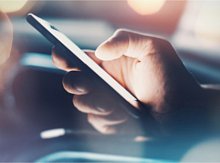